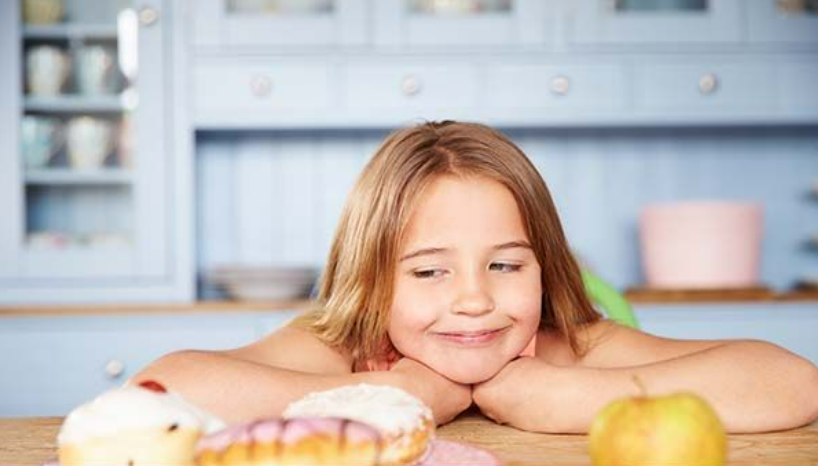 When working with her young patients, pediatric dentist and ADA spokesperson Dr. Mary Hayes teaches them this simple, but important, saying: “Sugar is fun to eat, but not good for your teeth!”

That’s because your child might love sweet treats, but the bacteria in his or her mouth loves them even more. “Sucrose (sugar) is the ‘food’ for the bacteria that cause tooth decay,” Dr. Hayes says. “Those bacteria produce acid that etches away the teeth.”

Limiting the amount of sugar your entire family eats is good for your teeth and key to your overall health. Here are some dentist-recommended ways to start saying good-bye to unnecessary sugar throughout the day.

When choosing a snack, keep an eye on added sugar (sweeteners like corn syrup or white sugar that are added to prepared foods). Naturally occurring sugars are less worrisome, as they are found in healthy choices like milk and fruit.

When reading labels, you’ll see sugar is listed in grams. Since 1 tsp. of sugar equals 4 grams, aim to make sure the foods you are feeding your child fall between 12 to 50 grams a day.

The Truth About Juice

Because juice is high in sugar and calories, water and milk are always the best options for your little one. In fact, if your child is under 1 years old, the American Academy of Pediatrics suggests completely removing juice from his or her diet.

Older children can occasionally drink juice, but if they do, there are two things to remember:

So what’s a parent to do? Limit the amount of juice your children drink, and always offer water or milk first. If your child does drink juice, serve the recommended, age-appropriate limits at mealtimes only. When your family is done eating, clean up any leftover juice instead of letting your children leave the table with it.

Call it soda, call it pop. But sugary, carbonated beverages by any name are bad news for your child’s teeth. “One can of soda is the amount of sugar recommended for three days for a child,” Dr. Hayes says.

In fact, a February 2016 study in the Journal of the American Dental Association found a strong association between sugary drinks and poor dental health in teenagers. Researchers asked teens 14-19 in Mexico about how many sugary beverages they drank, then examined their teeth. They found 31.7% had tooth erosion, which means their enamel had been eaten away. The main culprit? Soda.

Be Picky About Sticky Snacks

If you’ve been under the impression that gummy or sticky fruit snacks are healthy alternatives, you’re not alone. Many parents are surprised to learn they are really closer to candy than fruit, especially when it comes to sugar. “Fruit rollups and other dried fruit snacks are like nature’s candy,” Dr. Shenkin says. “It is like candy, but in some respect it’s worse than candy because it sticks to teeth longer than things like milk chocolate, which is easier to wash away.”

Foods like raisins, which are often promoted as an all-natural snack option, can be troublesome. “The raisin is one of the worst foods because they’re so sticky and they actually adhere to teeth and stay there for an extended amount of time,” he says. “The sugar in that food is being consumed by the bacteria in our mouth during that time.”

Whether it’s the crunch or the fact that they’re shaped like their favorite animals, kids love crackers and chips. The truth? “Many crackers are cookies with salt,” Dr. Hayes says. Not only do the carbohydrates in things like crackers and chips break down into sugar, they also tend to get stuck in the tops of your teeth for long periods of time.

You’d do anything for your kids. Now, are you ready to do all of the above for yourself too? Dr. Shenkin says setting an example can make a big difference in your whole family’s health. Eat well, brush twice a day for two minutes and clean between your teeth once a day. “If you want to change your child’s habits, it isn’t just about what they do,” he says. “Do the same thing with them.”